Ecology Of The Garden Route 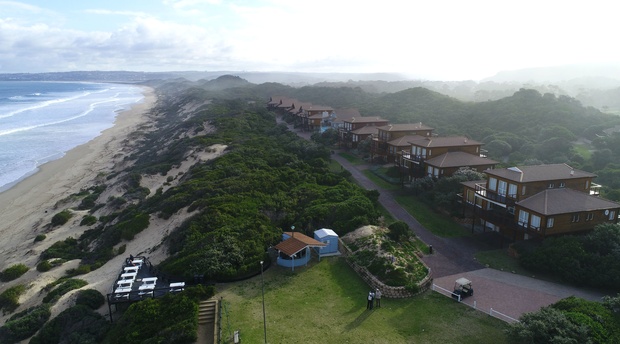 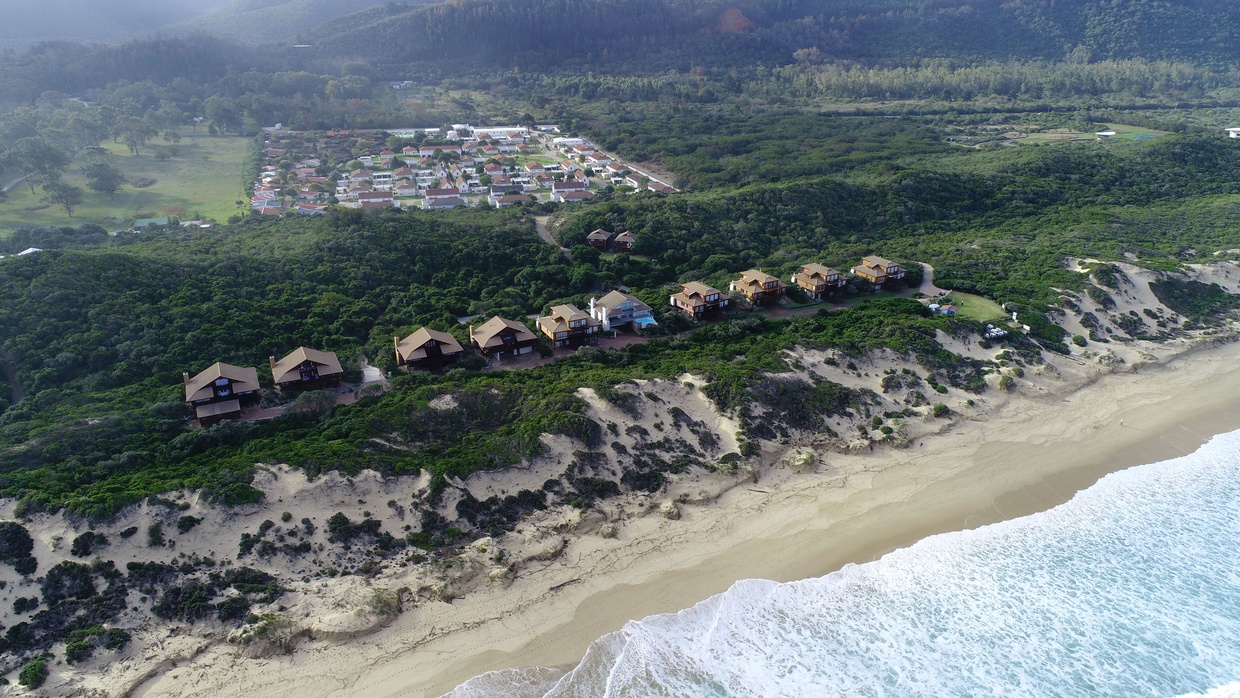 The small Cape Floral Kingdom between Cape Town and Grahamstown (0,04% of the world’s land mass) contains 8500 different flowering plants. This is more than is found in the entire Northern hemisphere. There are 27 common species of Ericas in this area, our special ones being Erica Formosa and Erica Newdigate. There are a great many wild proteas and the list of geophytes that can be seen is extensive. Shrubs typical of fynbos are blombos, berzelia and bitou giving the local fynbos its particular character. Longstone Park on Beacon Isle Crescent is being developed as our local botanical garden.

The abundance of plants and flowers also serves as natural remedies and in KwaNokuthula being surrounded by such plants, it is used as traditional remedies, the most famous which is known as impepho. This herb is often used for ailments like flu and it is also believed that usage can rid one of bad spirits. Sangoma’s (Traditional Healers) use this impepho for their trance dreams and to make contact with their ancestors.

Between 1777 and 1939 much of our indigenous forests were exploited in the timber trade. Although it is the largest tract of natural forest in SA. only 65 000Ha of the original forest remains today. The Outeniqua yellowwood or kalander is a true forest giant reaching over 50m in height. Other magnificent specimens are the ironwood and stinkwood trees. Trees in our forests are often numbered to identify species. Our forests harbour many species of ferns including the seven-week fern which is prolific in the Tsitsikamma region. Colourful lichens on rocks and tree trunks and many species of mushrooms are also found in profusion.

More than 260 species of birds have been sited in this area with its unique four habitats, namely the forests, fynbos, wetlands and the coastal region making this area a birdwatchers paradise. Special birds include the Knysna Loerie, Narina Trogan (both found in indigenous forests), the African Black Oystercatcher (coastal), and the Orangebreasted sunbird (fynbos). Common mammals that may be spotted include the bushpig, dassie, caracal. genet, baboon, vervet monkey, blue duiker, bushbuck, grysbok, leopard, mongoose and the Cape clawless otter. The most common species of reptiles include the dwarf chameleon, boomslang, night adder and puff adder.

Rare and unique insects can also be found here. The humble silver-spotted caterpillar unique to the coastal belt of the Southern Cape helped lay the foundations of a century-old church at The Crags near Plett. Today, the St Michaels and All Angels Anglican Church, situated on the outskirts of Kurland Village, stands largely due to proceeds of sales of the striking, silver-spotted moths, which emerge from the rare larva known as leto venus. The silver moth called the coco, also has a symbiotic relationship with the keurboom tree of the area where it serves a vitally important function in the eco-system of the coastal region.

Between 70 and 2 million years ago, the ocean stretched inland to the foothills of the Tsitsikamma mountains. The existing coastal plain is one of the best examples of wave-cut terracing in South Africa. 80% of the Tsitsikamma National Park is marine reserve extending 5,5 kms out from the shore. Daily records of sea temperatures show an average of 10 up-wellings of cold water p.a., mostly in summer. These are caused by persistent easterly winds making cold water from the ocean depths rise to the surface. Dense fog results and occasional fish fatality occurs.

More than 100 species of fish are known to occur along this coast. Fish found on the reefs are highly susceptible to exploitation. Marine reserves play an important role in restocking over-fished areas. Some species found on reefs include zebra, doublesash butterflyfish, blacktail, roman, elf, galjoen and yellowbelly rockcod. Some of the finest soft coral reefs in the world are found here with sponges, starfish and many shellfish including our unique Pansy shell. Common marine mammals are dolphins, whales and seals. During winter months, the spectacular Southern Right Whales are resident in our bay when they arrive up from the southern oceans to calve.

There are an abundance of National Parks, Nature Reserves and Game Reserves in the Cape Garden Route and especially so in the Plett environs. The most famous of all are the Tsitsikamma National Park and the Robberg Nature Reserve, the latter being earmarked as a world heritage site. Where the booming breakers of the Indian Ocean relentlessly pound rocky shores, where temperate high forest and fynbos roll down to the sea in an unspoilt verdant carpet, where ancient rivers carve their paths to the ocean down rocky ravines. This, “the place of much water”, is the Tsitsikamma National Park. Tsitsikamma National Park stretches 65kms along the coast from Natures Valley to Oubosstrand with the heartland of the park stretching some 5 km to sea, protecting a wonderland of inter-tidal life, reef and deep-sea fish. Dolphins frolic in the breakers, surfing and playing for the sheer joy of life and the gentle giant of the ocean, the southern right whale visits here, coming inshore to breed.

The most important of the nature reserves is Robberg Nature Reserve, offering great walking and hiking trails and is an excellent view site for cliff based whales and dolphins sightings. There are three circular walks of various lengths, caves, and extensive information about Robberg’s geology, archaeology and existing marine life. Other nature reserves include Harkerville, Keurbooms, Wadrift and Wittedrift. 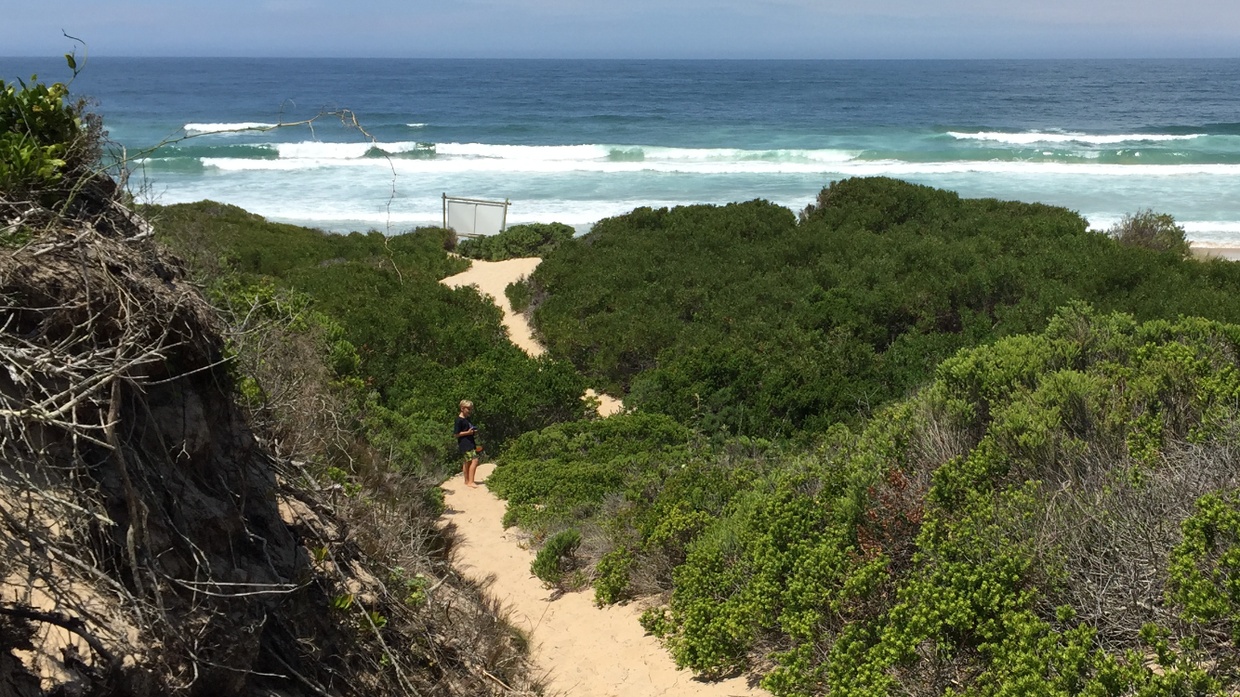