At the World Travel Market in April this year, in an auditorium attended by those tourism players with an interest in natural history, Western Cape Premier Helen Zille announced the launch of the ‘Paleo Route’.

At the World Travel Market in April this year, in an auditorium attended by those tourism players with an interest in natural history, Western Cape Premier Helen Zille announced the launch of the ‘Paleo Route’.

It’s the next ‘big thing’ in tourism, which will be attracting visitors from around South Africa and the world, simply because it is truly one of a kind, expanding on the fact that this is the birthplace of humanity.

The route links the cradle of humankind, as discovered in the ancient hills and caves outside Johannesburg, with its ‘new’ paleontological sibling, the cradle of human culture, on the southern Cape coast. In the caves along this coastline has been found the evidence of significant behaviours that moved us up the evolutionary change. These specifically in tools and ornaments. You are reading about it here because Plettenberg Bay is well positioned as part of that route. At the moment towards the eastern edge of recorded discoveries made thus far. “The evidence of origins of anatomically modern humans are found in a series of caves, from Elandsbaai on the west coast to Muizenberg in Cape Town and Klasies River just outside Plett”.

Former activist, journalist, Plettenberg Bay resident and now author, Mike Kantey, has a longstanding interest in Nelson Bay cave on the iconic Robberg peninsula. A short and steepish walk from the entrance gate down a fynbos-flowered path takes us to cave. Inside the cavernous space is an A-framed corrugated roofed room that tells the above developmental story of the last roughly 120 000 years, the story, simply put, of how we came to be homo sapiens.

The diorama is highly informative, but most importantly, easy to understand. We see, in the layers of earth sectioned off behind glass, how the stone tools became smaller and more detailed with the passing of time, the youngest being 2000 and the oldest roughly 120 000 years old, which must take us to around the time of the Flintstones.

The story on the Paleo Route, linking the cradle of Humankind to the Cradle of Human Culture, will appear in the following issue of Plett Tourism’s magazine. 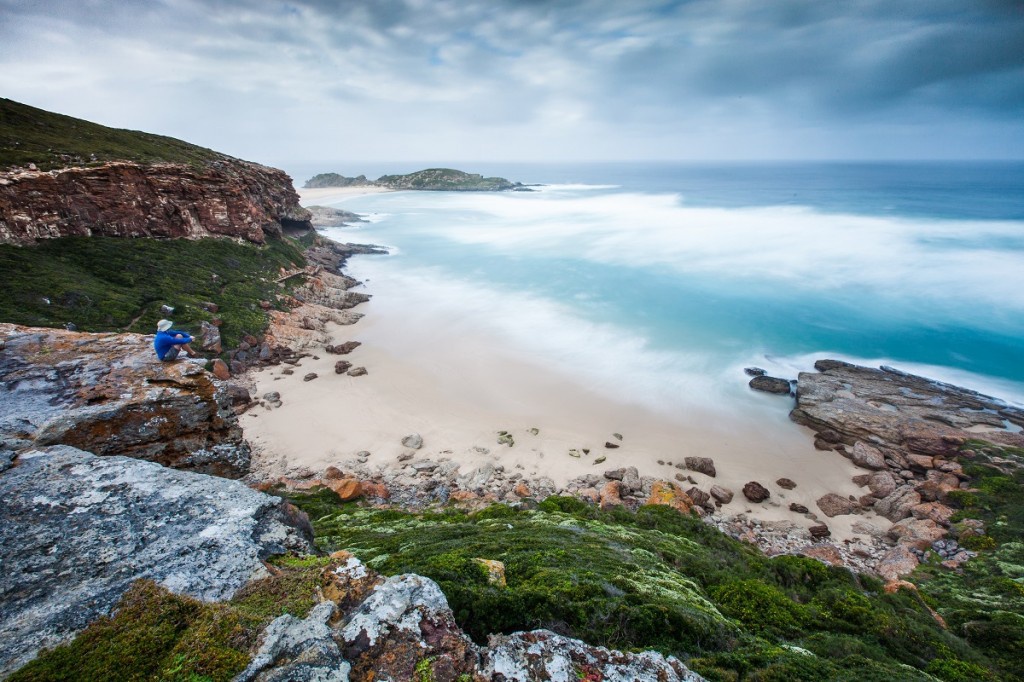